The Ponds at Foxhollow offers indoor and outdoor pools, hot tub, sauna, exercise room, locker rooms with showers, wireless internet throughout the resort, a library, computer room and personal business office, games, puzzles, a selection of outdoor/athletic/sporting equipment for your use, a movie rental selection, and much more. On the grounds you will find outdoor tennis courts, a putting green, shuffleboard and bocce courts, basketball courts, a playground, rowboats and canoes for use on site, 200 acres to walk, hike, bike or cross country ski, and gas barbecue grills! We also have bicycles that can be used on or off location.  For an additional fee you may participate in our summer water aerobics classes. 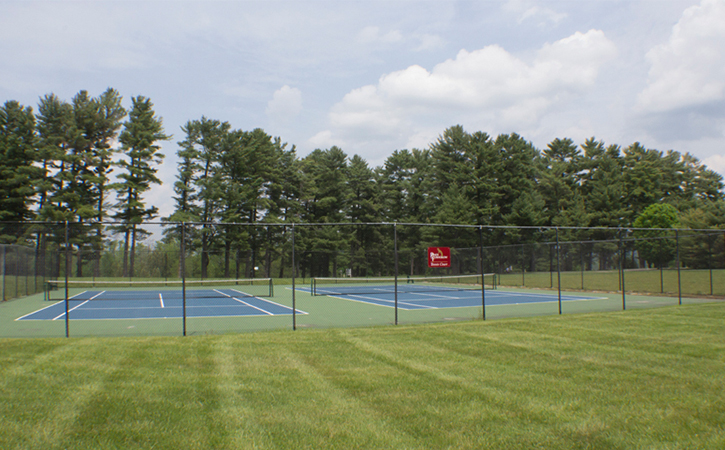 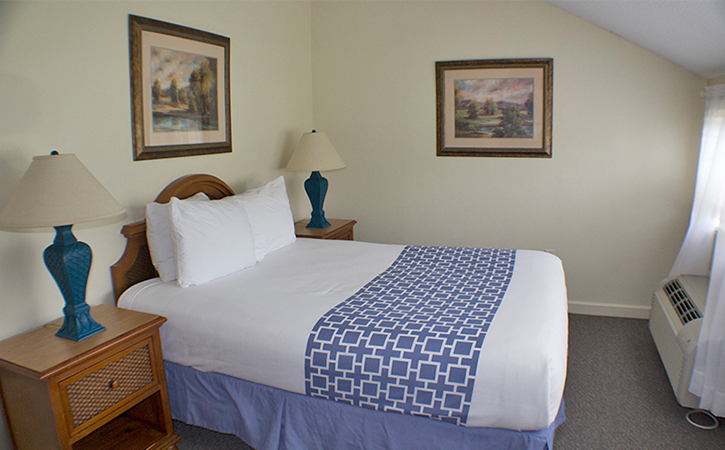 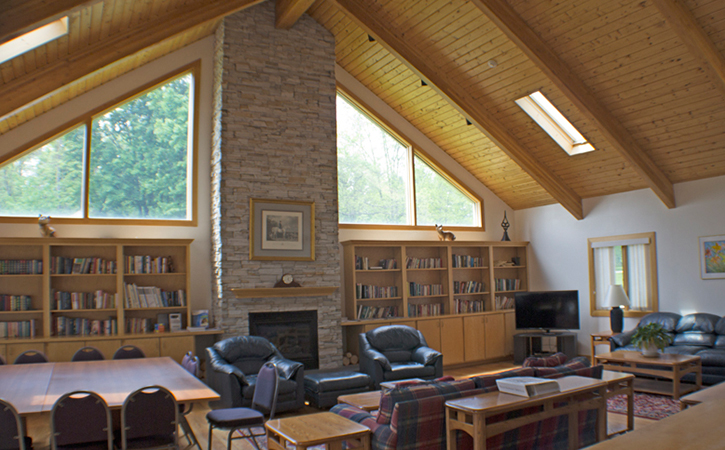 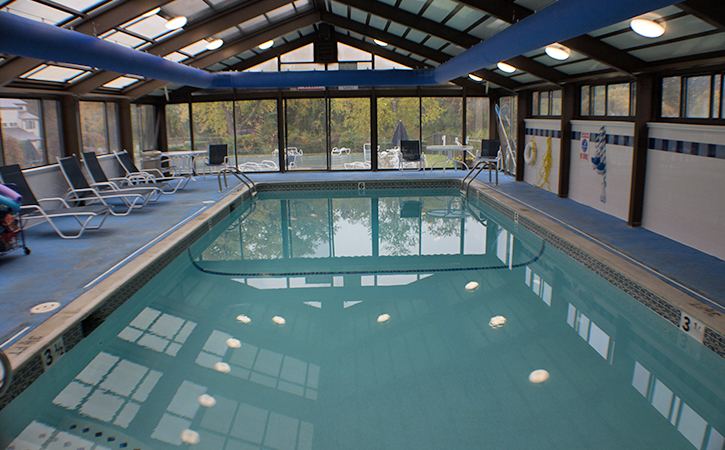 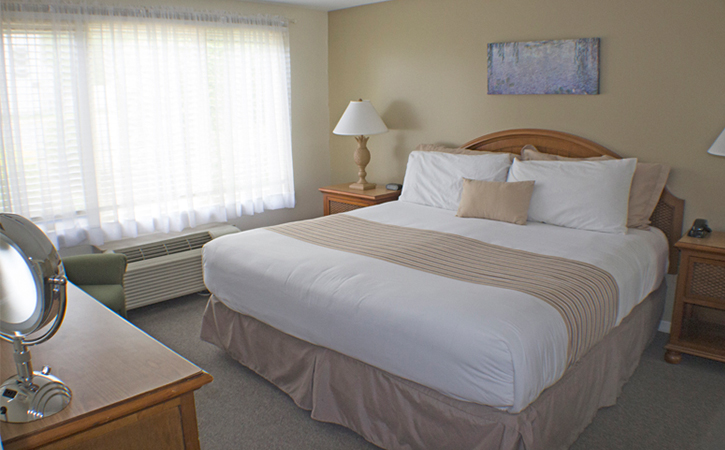 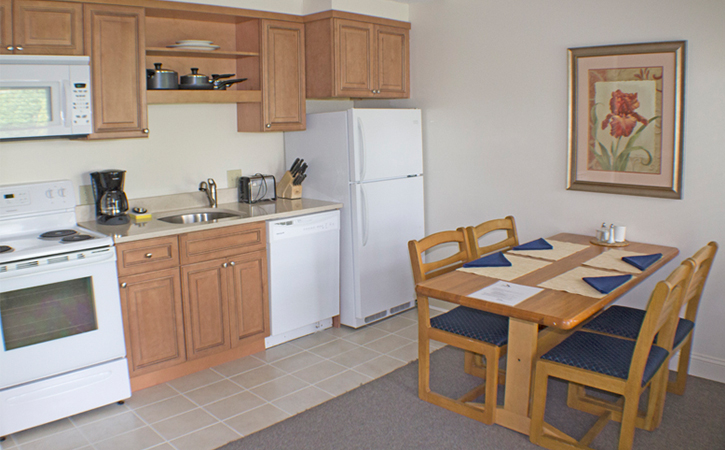 CURL UP IN OUR

While staying at the Ponds at Foxhollow, you’ll want to make sure and stop in at our library facility, located within the Clubhouse.

Books for all ages are available, along with an audio fidelity system offering digital FM radio reception and compact disc playback (so bring your favorite CD’s).  Enjoy a large-screened TV (DVD/VHS) by the fireplace.

STAY ACTIVE WITH OUR

The Ponds at Foxhollow knows that while most of our visitors get plenty of exercise when skiing, hiking or swimming, working out through the use of exercise equipment is a must for many who come and stay with us.   With this in mind, we offer exercise equipment to include stairmasters, treadmills, weights, bicycles, and so much more. 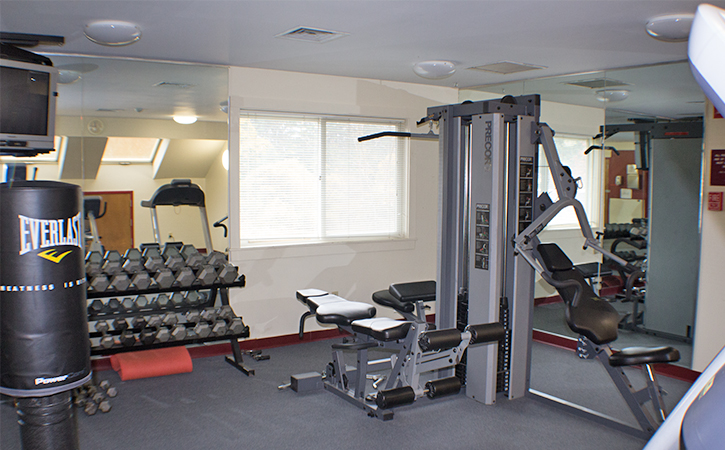 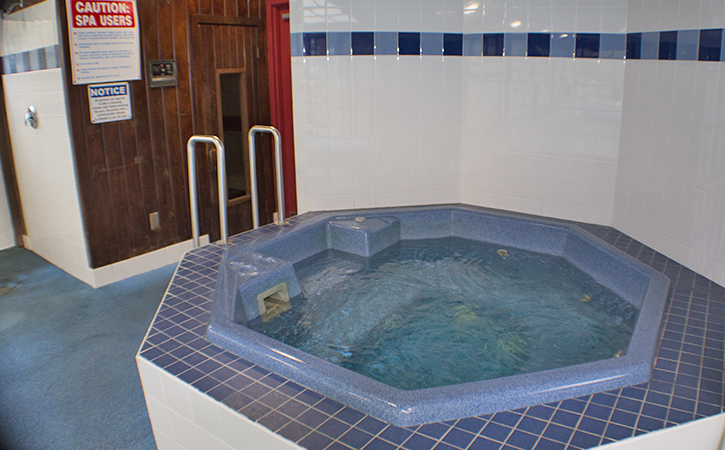 HAVE FUN & RELAX WITH

The Ponds at Foxhollow offers an outdoor and indoor swimming pools, a hot tub and a sauna facility, as well as locker rooms complete with shower areas.  During the winter months after a long day on the slopes, relax in style in our hot tub while following it up with a quick dip in the pool.    And when the weather turns warmer, a refreshing swim before the Tanglewood BSO concert will invigorate your senses, as will the beauty of the surrounding Berkshires.

The Ponds at Foxhollow

On the place of Mr. George Westinghouse, in Lenox, his groundskeeper was to recall, “I made 100 acres of lawn … it was the kind we liked in England – a velvet plain stretching to the horizon, unbroken, as far as possible, by paths, driveways shrubs, with perhaps only an occasional magnificent tree – an oak, an elm, or a great sycamore on it.”

On the eastern brow of that velvet plain, commanding a view of Laurel Lake below and the Berkshire barrier below, stood ERSKINE PARK. Guarded by sentinel elms, its white turrets create the image of a wooden CAMELOT, a New England castle, a place of magical beauty.

It was this late 19th century cottage that George Westinghouse, inventor and industrialist, built for his wife, Marguerite, the pleasures of which they were to share for the fleeting months of Berkshire summers until their deaths without heir in 1914, three months apart.

Erskine Park was razed in 1919 by its new owners to build a new cottage, Holmwood. In 1939, Mrs. Vanderbuilt sold Holmwood to two ladies who renamed the property FOXHOLLOW, where they started and operated a girls school for 40 years.   The property was sold again in 1977, which then saw the development of The Ponds at Foxhollow. The current Ponds at Foxhollow Clubhouse was built in 1989.